Welcome to my official website where you can keep up to date with new songs, performance dates, and other happenings in my little world! Thank you so much for visiting and here is a little more about me to get you started:

Sarah Hadeka is a singer, songwriter, keyboardist, and guitarist who currently resides in Naples, Florida.  It's the land of happiness and rainbows as she calls it.  She relocated to the area in December 2011 and previously lived in Columbus, Ohio for a number of years.  During her time in the midwest, she attended The Ohio State University and majored in French Horn Performance before changing her major to something that would "make her a better living" upon graduating.  She changed to Finance and was never satisfied from that day forward.

Sarah continued with her persuit of music and went on to win Columbus pop station WNCI's Columbus Idol back in 2002.   She then took a long break from music altogether.  After not being satisfied yet again, Sarah began vocal strength training with great friend and mentor, David Gabriel, who was based in LA for a number of years working with top performers.  Mr. Gabriel inspired Sarah to pursue her dreams and talent, and shortly thereafter she put together a cover band and started gigging throughout Central Ohio.  Her first performance was late February 2010.

Sarah then went on to win local radio station T100's Sundown Showdown songwriting competition in July 2011 and recorded the original song, "Why Shouldn't I" as part of the prize package.  From there, Sarah realized the enjoyment of being in the recording studio on a regular basis.  Sarah then took part in a project called Butterfly Suicide  and recorded a complete LP which is available on iTunes for purchase.  Then, after moving to Naples and meeting some of the area's top musicians, Sarah decided to record her first original EP, titled Here I Am. You can sample tracks on the bottom of this page and purchase the CD here!  Stay tuned for her full album come mid 2015! 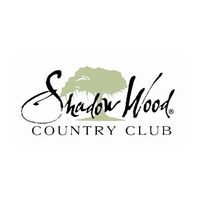